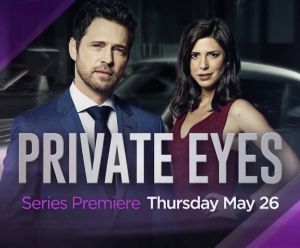 Season 04 Episode 08 — Blueprint for Murder
A high-rise office cleaner witnesses a murder in the new condo building next door, prompting Shade and Angie to dig into the dark side of the success-obsessed urban professional.