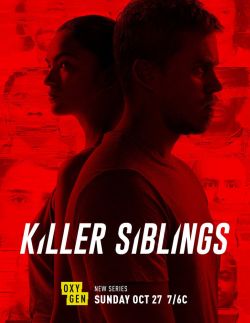 True-crime stories of America’s most dangerous siblings, and what drove them to commit murder.

Season 02 Episode 10 — Bruces
Things get murky along the Tennessee River when a mussel distributor and his fiancée are killed by a trio of rough-neck brothers determined to steal a big payout and silence anyone that gets in their way.