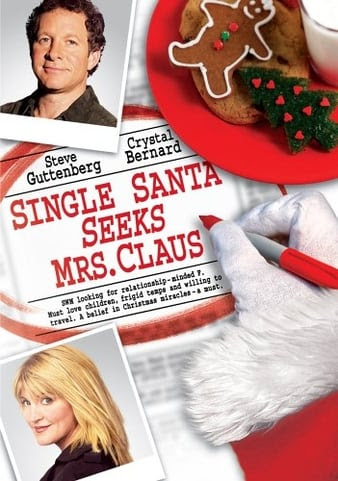 IMDB
Genre : Comedy, Family, Fantasy, TV Movie
Director : Harvey Frost
Stars : Steve Guttenberg, Crystal Bernard, Dominic Scott Kay
Plot : Nick’s plan to let fate bring his wife to him must be altered, because he must replace his father as Santa Claus on December 26. Ernst, the right-hand man to several generations of Santas, generates a list of potential mates. Nick dutifully sets off to meet them, but fate may have a candidate after all.