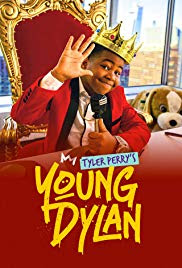 Young Dylan’s grandmother decides to send him to live indefinitely with her affluent son’s family. The Wilson family household is soon turned upside down as lifestyles clash between aspiring hip hop star and his straight-laced cousins.

Season 02 Episode 03 — A Tale of Two Rappers
When the school does a hip-hop version of Shakespeare, Dylan takes on another boy for the lead role; after only being cast as an understudy, Dylan is determined to outshine his rival and nab the part for himself.