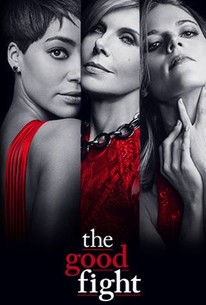 When Diane Lockhart’s life savings are lost, she must start from scratch at a new firm.

Season 05 Episode 04 — And the Clerk Had a Firm…
When a streaming platform executive asks Liz to conduct a sensitivity read on one of his comics, the entire firm ends up fighting over cancel culture; an FBI agent goes after Kurt for his alleged involvement in the U.S. Capitol insurrection.