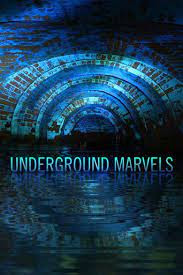 British documentary series exploring incredible feats of human endeavour underground, revealing what people have built, where they have built it, how and why.

Season 02 Episode 10 — Medieval Maze of Secrets
A forgotten world of ancient underground passages and medieval engineering lies hidden beneath the town of Exeter, England; experts investigate and reveal how this ambitious tunnel system was the result of one of the deadliest epidemics in history.