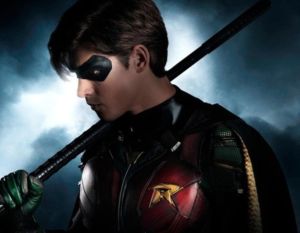 A team of young superheroes led by Nightwing (formerly Batman’s first Robin) form to combat evil and other perils.

Season 03 Episode 12 — Prodigal
After Nightwing and Red Hood’s battle, Rachel and Gar try to save their friend. Meanwhile, Jason questions his allegiance.