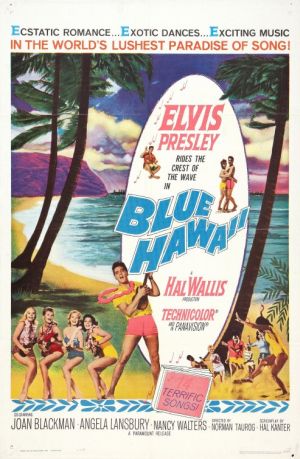 IMDB
Genre : Comedy, Musical
TRAILER
Director : Norman Taurog
Stars : Elvis Presley, Joan Blackman, Angela Lansbury
Plot : After arriving back in Hawaii from the Army, Chad Gates defies his parents’ wishes for him to work at the family business and instead goes to work as a tour guide at his girlfriend’s agency.