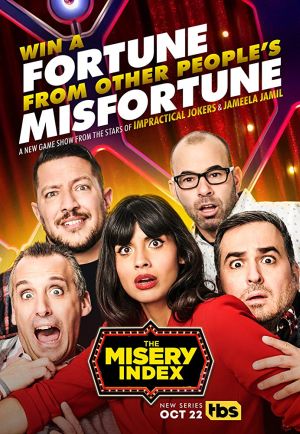 Game show featuring two teams competing against each other by rating their hilarious and miserable real-life events on a scale of 1-100.

Season 02 Episode 12 — He Looks Like Mr. Magoo
Joe and Jameela have a major costume clash, there’s a ex living in your attic and a little boy overhears his parents having sex.. and then impersonates them. All that plus Q’s arachnophobia is pushed to the limit in this episode of The Misery Index.