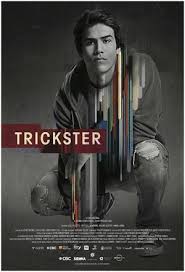 Season 01 Episode 06 —
After an encounter with Wade, Jared realizes only he can stop his father.