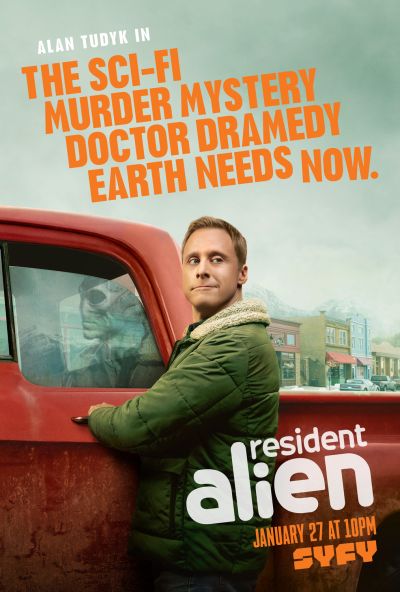 It follows a crash-landed alien named Harry who takes on the identity of a small-town Colorado doctor, slowly begins to wrestle with the moral dilemma of his secret mission on Earth.

Season 02 Episode 08 — Alien Dinner Party
It’s a surprise party as everyone gathers to celebrate Harry, but some dangerous guests cause havoc.