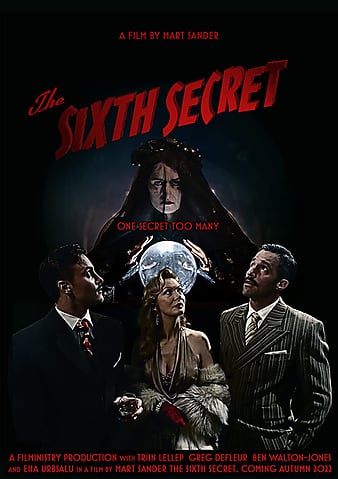 IMDB
Genre : Comedy, Horror, Mystery
TRAILER
Director : Mart Sander
Stars : Triin Lellep, Gregory Defleur, Ben Walton-Jones
Plot : At a late-night séance, attended by twelve people, the medium announces that three secrets will be revealed before midnight. However, as the bodies pile up, so do the secrets, leading to the darkest of them all.