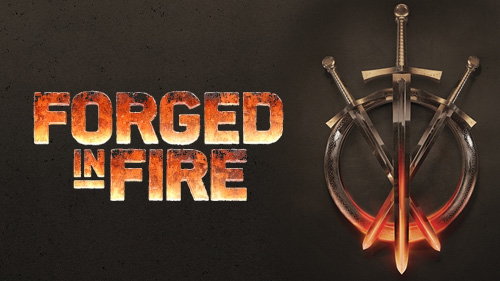 Four custom knife makers compete to make the best usable knife through a series of challenges.

Season 09 Episode 10 — Revolutionary War Forge
Four bladesmiths go back in time to the Revolutionary War to forge a Rifleman’s Knife. After an intense round of testing, two smiths return home to recreate an even more iconic weapon of the revolution: The Continental Cavalry Sabre. Which smith’s sword will overcome the competition, winning them an independent spot as Forged in Fire champion and $10,000?