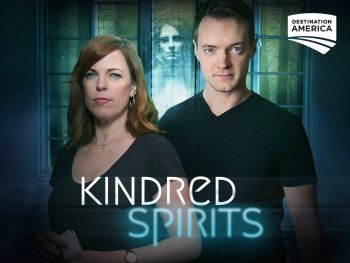 Amy Bruni Adam Berry visit people who believe their homes are haunted. They attempt to contact the spirits and obtain evidence of a paranormal presence.

Season 05 Episode 00 — Most Terrifying
The series, titled Kindred Spirits, follows Amy Bruni and Adam Berry as they investigate ghostly cases that revolve around frightened families who are often unsure of who they’re being haunted by or why.