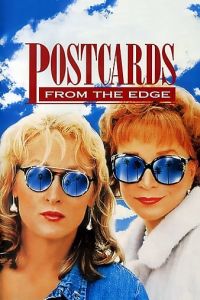 IMDB
Genre: Comedy, Drama
TRAILER
Director : Mike Nichols
Stars : Meryl Streep, Shirley MacLaine, Dennis Quaid
Plot: Substance-addicted Hollywood actress Suzanne Vale is on the skids. After a spell at a detox centre her film company insists as a condition of continuing to employ her that she live with her mother Doris Mann, herself once a star and now a champion drinker.