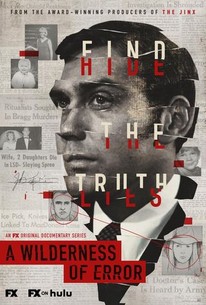 A Wilderness of Error

Examines the evidence in the case against MacDonald, who was convicted in 1979 of murdering his pregnant wife and two daughters. A Green Beret physician, MacDonald claimed that the murders were committed by drug-crazed hippies.

Season 01 Episode 05 — A Wilderness of Error
Jeffrey MacDonald served more than 30 years in prison when a federal judge finally agrees to hear the new evidence in his case.