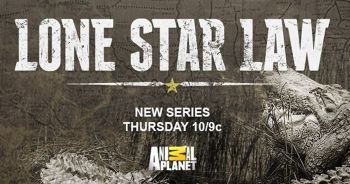 “Lone Star Law” features the men and women of the Texas Game Wardens who protect more than a quarter-million square miles of deserts, lakes, piney woods, bayous, plains and coast in the second-largest state in the U.S.

Season 08 Episode 13 — Passing the Torch
As Warden Richards reminisces on his career during the last day on the job, he races to rescue a cow being attacked by a pack of hunting dogs. At the academy, new recruits wrangle a gator, while anglers are caught illegally fishing.