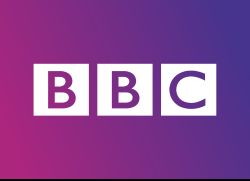 With unparalleled and intimate access to Police Scotland’s major investigations team (MITs), this new three-part series goes behind the scenes on some of the most complex murder and large-scale criminal investigations in Scotland.

Season 02 Episode 01 — Captured On Camera
In January 2018, 37-year-old Paul Mathieson was found fighting for his life on a street in Renfrew. The victim of a brutal assault, Paul succumbs to his horrific injuries and the skilled investigators of Police Scotland’s Major Investigations Team take up the case.