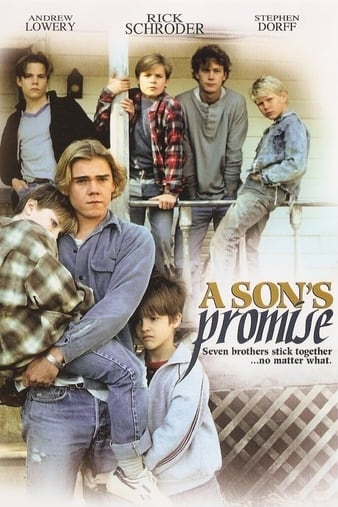 IMDB
Genre : Drama, Family, TV Movie
Director : John Korty
Stars : Ricky Schroder, David Andrews, Veronica Cartwright
Plot : The touching true story of the fifteen years old Terry who promised his dying mother to look after his six younger brothers and keep them together as a family … a man’s job on a boy’s shoulders. He had to face many misfortunes and “parenthood” had such hard and unpleasant surprises for him, he was almost tempted to disappoint his mother …