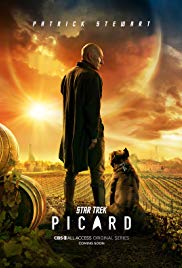 Follow-up series to Star Trek: The Next Generation (1987) and Star Trek: Nemesis (2002) that centers on Jean-Luc Picard (Sir Patrick Stewart) in the next chapter of his life.

Season 02 Episode 06 — Two of One
With the help of Tallinn, Picard and the crew infiltrate a gala on the eve of a joint space mission, to protect one of the astronauts they believe to be integral to the restoration of the timeline — Renee Picard. Kore makes a startling discovery about her father’s work.