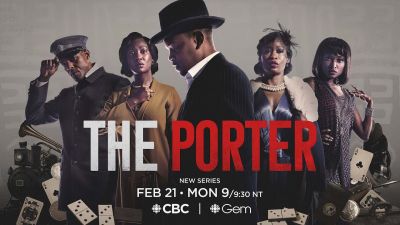 Railway workers from both Canada and the United States joined together to give birth to the world’s first Black union.

Season 01 Episode 08 —
Junior tries to eliminate his greatest threats; Marlene’s efforts to reconcile with Fay could be too late; Lucy faces the consequences of her betrayal; Zeke makes a final plea for union integration.