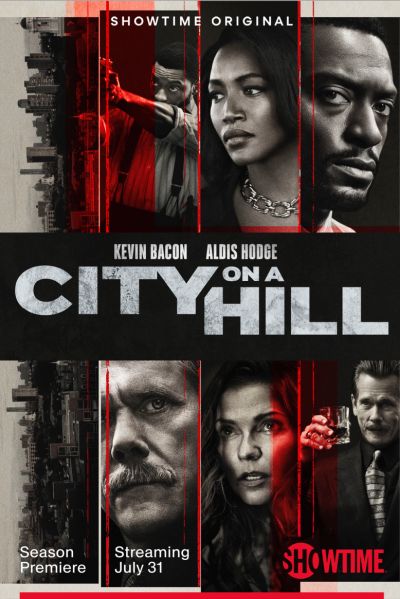 City on a Hill

In early 1990s Boston, ADA Decourcy Ward forms an unlikely alliance with a corrupt venerated FBI veteran, Jackie Rohr. Together, they take on a case that changes the city’s entire criminal justice system.

Season 03 Episode 02 — A Program Of Complete Disorder
When Victoria Dryden runs away from home, Sinclair sends Jackie to find her. Caysen is after justice for BPD Officer Russ Wallace, who he believes may have been intentionally executed by another member of the Strike Force.