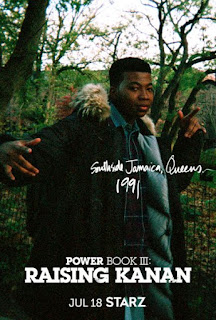 Power Book III: Raising Kanan is a prequel set in the 1990s that will chronicle the early years of Kanan Stark, the character first played by executive producer Curtis “50 Cent” Jackson.

Season 02 Episode 01 — The More Things Change
Kanan returns to Queens where Raq is trying to mend the many fractures in the Thomas family. As Raq expands her empire, Kanan doubts his future in the drug game. Meanwhile, Detective Howard is released from the hospital.