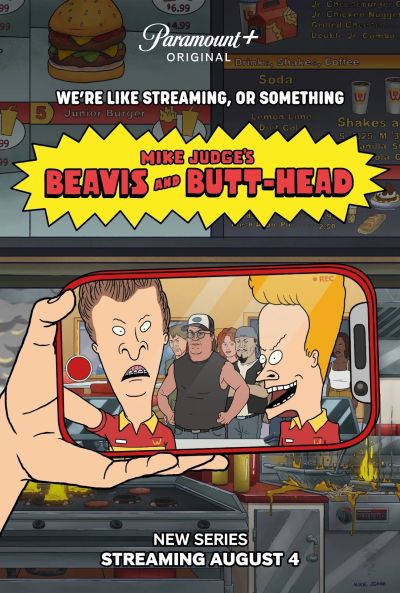 The iconic animated duo are back and dumber than ever. The ’90s pop-culture phenomenons return, voiced by creator Mike Judge, to confound common sense, torment each other, and showcase some of the dumbest comedy imaginable.

Season 01 Episode 13 — Kidney
Middle-Aged Beavis ruins his kidneys and a donor from Beavis’s past saves the day.